From July 29 to August 22, 2019, six students from DMU law school participated in the 2019 International Orientation Program held by the Tulane University Law School. The Orientation is part of the LLM program of Tulane and is open to DMU law students as a summer program this year. The Orientation includes three parts which are legal theory courses, legal practice courses and extracurricular activities. 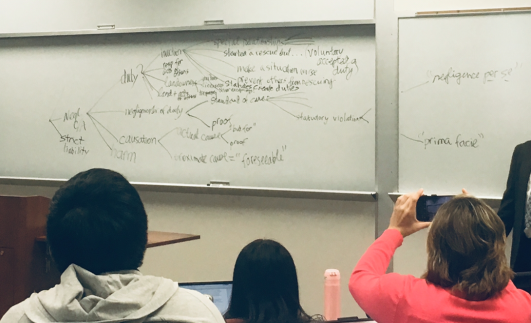 In addition to basic theoretical courses, students also received basic training in "Legal Research and Writing", mastering the necessary learning skills for law students, such as how to make Case brief, how to make notes and outlines, and how to use legal databases (Westlaw, Lexis). 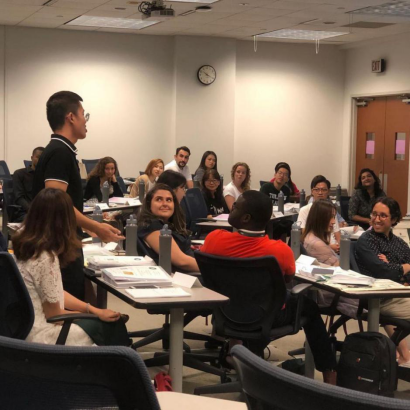 The purpose of the legal practice course is to enable international students to read more effectively and participate more actively in class discussions. After learning a variety of reading and listening skills, the students undergo a series of training, such as "role play", group discussion, presentation making, memo and citation writing. Students also benefited from visiting the local court of New Orleans and observing the court hearing.

In addition to the courses, students participating in the Tulane summer program took a group bus tour of New Orleans, visited NOMA (New Orleans Museum of Art) and Audubon Park and Zoo. 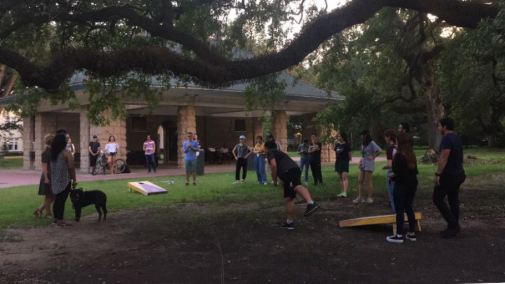 Special mention should be made of the pizza party /lunch for international students, staff and graduates, which is a regular event during the program. The exchange at the lunch time can help new international students solve the problems they face in the United States about their study and life. Law School JD, students who have just passed the New York Legal Qualification Examination, and new comers in legal profession will appear at the lunch time to answer questions.

(DMU law students at a lunch in Orientation)

During the program, DMU students also participated in some local traditional activities in New Orleans. 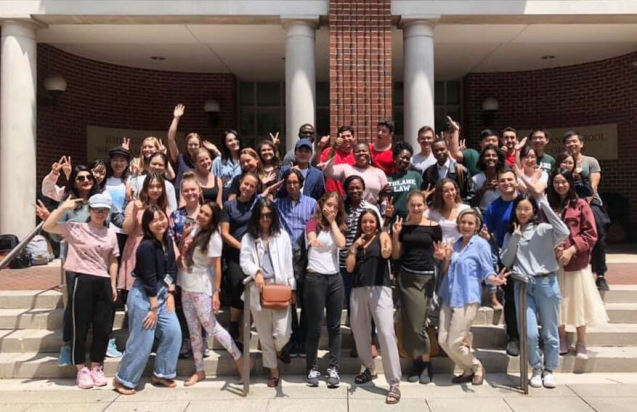 (A group photo after the last course; The first from the left in the front row is Miss Wan Jiemin, from DMU Law School )

The first reason I chose this program is that it is a regular course for LLM program at Tulane University, which is different from other study tour program. In Tulane, I not only experienced the “collision” between professors and students' academic thinking in traditional American classrooms, but also experienced the diversity of American classroom teaching methods, such as Role play and Court tour. At the same time, in Tulane, the method of group learning is very different from that in China. This efficient learning way helps me digest the knowledge points that I can not understand in the classroom, and add a lot of unknown knowledge to what I have known. In Tulane, I saw the moon of two or three O’clock in the early morning when I were in preparation for my presentation, and captured the summer night breeze when I chatted and sang with my friends on the roof of the dormitory building. As long as we can coordinate the time of learning and entertainment, we will always experience a full and happy life of studying abroad ~ Amazing!

In the month of Orientation, firstly, I intuitively felt the "culture shock" brought by foreign students from different countries, such as greeting students from some countries by kissing their cheeks.The interactive collision of expression and thinking in different cultural background is vividly displayed within the month. Secondly, courses in Orientation also intuitively shows the different teaching methods in Chinese and American law classrooms and the differences between two legal systems. Such as, case study, "one question and one answer" between the professor and student in class, and the three-hour computer-based final examination. Last but not least, the Tulane Law School took us on a bus tour around New Orleans, in events including the local white linen festival, run in red activity, listening to jazz music by the Mississippi River, visit to the Audubon Zoo and so on, which added a lot of color to the tense course.

I don't want to sum up this program with a simple "worthwhile trip", because where the footsteps go, where the eyes go, everything we come into contact with is quietly affecting our perspective and many surprises and laughter along the way can not be recorded in words and photos. I am very grateful to DMU Law School for providing this valuable opportunity, experience and growth.

As mentioned earlier, the courses are very rich in types, rich in content, and the professors are very attentive.The content of the professor's lecture is likely to be known in China before, but after listening carefully, it will be more clear how westerners themselves understand their own laws and the logic behind them. Overall, the program is a compulsory course for international LLM students at Tulane Law School and is essential to understanding the American legal system, legal education, and American society and culture.This trip has been very fruitful for me, a person going abroad for the first time, and I have gained a lot of knowledge and insight.

The opportunity to do a short-term exchange at Tulane came to me at 3 AM London time one day. The teacher of DMU in charge of the Program, on the other side of the phone, provided me with an opportunity to learn American culture and also gave me a valuable opportunity to explore the differences between British and American higher education, when I was participating in the LLM exchange program in Britain.

From the rainy Britain, where the interact is relatively gentle and implicit, to the United States, where tropical plants are flourishing and culture is extroverted, I always feel the tension of cultural collision. Especially in the Effective Advocacy team, five students from different countries acted as lawyers who interview the clients to learn about the case. Each of them showed distinct cultural characteristics. Foreign students' warm and unrestrained style of doing things even showed a little bit of aggression in the way of expression, which forced me to participate in the activity with DMU's sense of honor and strive to leave a mark belonging to Chinese students. In addition, it will make people reflect on the different cultural thinking mode- why the same legal disputes will show different views.